If you’re feeling this way, this is the article for you.

The way we are getting out of this feeling is by using driving as a symbol and analogy for our life. If you are in the driver’s seat of a car, what would you do?

The third thing to do as the driver is to always be moving. A car that isn’t moving is not being driven: it’s a parked car. Don’t be a parked car going no where in life and panicking at what you’re seeing out of the tiny windows you’re looking out of. Keep Moving.

The fourth thing to do as the driver is to clean your windows. See the world, as much of it as you can. Take in information so you know where to go, whether there is danger up ahead or not, and whether to take this detour or not. The circumstances of the world around you are constantly changing, so be on the look out and keep your eyes open.

The fifth thing to do as the driver of your car is to take care of your car. Take it to maintenance, to the shop, for oil changes, purchase insurance

The sixth thing to do as the driver of your car is to equip it so you are read for the road ahead. Stock it with snacks and water and comforts while driving and equipment for the activities you’ll have along the way.

The seventh thing to do as the driver of your car is to do your research and plan ahead. Buy a map, make advanced phone calls, get feedback and input from others. Plan your trip so it goes smoothly with less surprises.

The eight thing to do as the driver of your car is to make advanced purchases. This goes hand in hand with planning ahead: When you make a plan, pre-purchase things you know you will need in locations you expect to be. Make your journey a pleasant one. Give yourself 5 star customer service and take care of every detail you can.

The ninth thing to do as the driver of your car is to influence the world around you positively in the direction of your goals. Ask for things from the world: you will be surprised at how often you will get what you ask for. And you will not be surprised when you don’t get what you didn’t ask for.

The tenth and final thing to do as the driver of your car is to control the attitude, personality, values, integrity, tone, and atmosphere of your environment. Be calm. You are in a car, it’s safe in here. The world is out there. You can’t always control the external world, but the inside of the car is yours to take control of. Take control of it.

7/30/14.
Life Skills: Advice on How to Give a Wedding Speech
7/29/14 When you can’t think of what to say #conversationSkills just compliment the person. That’s how I greeted someone and he warmed up to me instantly and I wasn’t even trying.
7/25/14
Some people think to be encouraging to others they have to show disappointment and say things like “you’re not good enough.” They think this kind of encouragement is a way of showing love.
To the people who encourage this way: I think the act of showing disappointment and making negative statements is not encouragement and is not love.  I think a more effective way to encourage others is to speak the intent: I want to encourage you to do better.
To the people receiving this kind of treatment: I think it’s important to recognize the limitations of other people. They don’t know any better way to encourage, and that’s why they do it this way.  It’s not right, but it’s the best they can do.
7/23/14  I am too narrow minded sometimes in my communication: either they have to say the exact line in my head, or else it’s not acceptable.  This is especially true when it comes to love: I only look for what I want to hear, and even when they try I don’t accept it if it isn’t exactly what I demand.
It’s important to recognize the way of expressing is different from person to person due to language, culture, values, etc. So rather than focusing on the words being said, look past them to the message being communicated
7/22/14 my mom would accuse me of not loving her if I ever said no.  This is different with with healthy people: you can say no and still love someone.  Healthy people allow for no.
Resentment is an offloading of responsibility to the other person.  If you take responsibility for your actions and for your consequences, you can’t resent someone else, it wasn’t their fault, it was yours.  Same with passive aggressive behavior: it is your choice, not the other person’s fault.
7/20/14 A large barrier to my success has been to underestimate complexity: just looking from the outside, it’s hard to get a sense of how complicated things can get.  But once you know, then you can adapt.  Specific story: I tried to start a website, but I refused to use any pre-existing code or theories like databases or algorithms, believing that I could and should rebuild the wheel from scratch.  While I could do it my way, I didn’t understand the sheer number of man hours that went into what we have today, the millions of hours of toil to get to this point. There’s no way one man can achieve it all in one’s lifetime.  Therefore, to succeed in this world, you cannot make your own way completely independent of society and civilization: you must stand on the shoulders of giants. We have come a long way since sticks and stones.
7/15/14 Waking up is extremely important to set your life on track–everything is thrown off if you wake up late.  Your day is further thrown off if you eat late. You need energy to function so always eat.
7/14/14 Lack of skill does not mean lack of love.  If someone does something for you poorly, but out of love: it’s love.  Don’t criticize judge or be ungrateful.
7/4/14 I used to think scholarships were people trying to use me. The distinction is in how much you participate in the formation of the goals. If you set the goal, then they are using you in one sense, but you are letting them in another. If you’re going to be used, it’s better to be used in the way that you want to be used. Then it can be more of a partnership where you both get what you want.
7/2/14 STOP LABELING YOURSELF: don’t bring your insecurities into your life and relationships.  I keep labeling myself as poor: stop it.  Just say: I have this much money, period. It doesn’t mean poor, it doesn’t mean rich, it just is.
7/1/14 http://www.ted.com/talks/simon_sinek_why_good_leaders_make_you_feel_safe 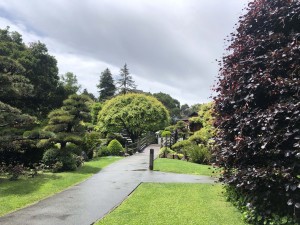 I think the natural response to despair is to blame.  To blame others, to blame the situation, to blame God.  Overcoming blame is tough. It takes a combination of mental, emotional, and resource healing to gain strength.  It is strength that overcomes blame.  Blame at its core is a call for help.  When someone turns to blame, they are saying they are too weak to move on. And that’s OK. It is OK to be weak.  We are all weak sometimes.  When you hear someone else blaming others, don’t attack the person for choosing blame as a coping mechanism because you’ll only weaken them further. Instead, find ways to support them. Strengthen them.  So that they can become strong. When someone is strong, they might hold someone else responsible, but they won’t get stuck in the past, blaming the person responsible.  When someone is strong, they can assess the situation, and move on.  Strength allows you to overcome blame.

The next natural response to rationalize through logic, morals, culture, etc.  This is a coping mechanism too. It’s called acceptance.  It’s very effective and powerful in allowing you to accept the reality of the situation and move on from it.  From a practical standpoint, acceptance is effective.  It solves the problem by acknowledging it. And it frees you from being trapped in the past so that you can live in the present.  And by living in the present, you can create a brighter future.

An example of creation is persuasion and influence.  If you need something from someone else, and you can’t afford it outright, you can respond by blaming, or rationalizing.  Or you can respond by talking, communicating, and persuading and creating within the other person a desire to help you and therefore get what you want.

Another example of creation is negotiating. By having a conversation and understanding the needs and wants of the other party, you can better position yourself to make an advantageous trade.  Google for negotiation resources.

Creation can do more than just give you what you want. Creation can free you from entitlement and pessimism and despair. Creation says: rather than demand things from the world, create them for yourself.  Demanding is an ineffective method of achieving what you want. It requires power, the power to overcome the power of another person. Any time you try to achieve something through force, you’re wasting the world’s resources because you’re expending power and someone else is expending power against your power.  When you achieve through creation, you save the wasting of energy fighting and transform the energy that would have gone into fighting into energy that goes into cooperation and relationship and community building.  Creation says: rather than think the world will head towards danger, be the reason the world doesn’t head towards danger.  Creation says: rather than think the terrible world you live in is permanent, change that world to be the treasures you seek.